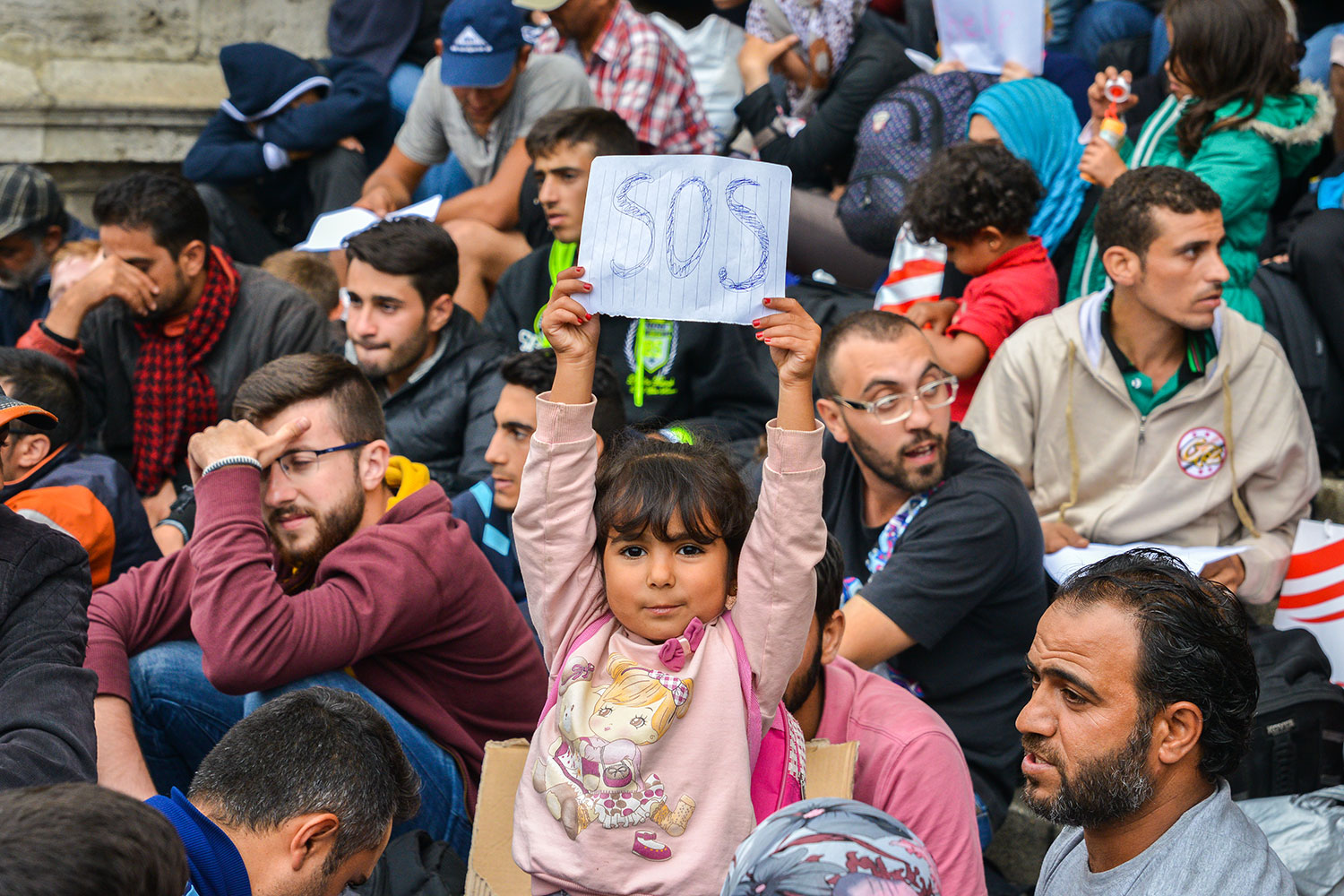 The Syrian immigration issue in America is currently a very complex one. Our law firm has been helping immigrants since the year 2000 and we’ve never seen an explosively political climate like the one we’re living in today.

A close second would be the months directly after 911, but even that doesn’t really compare.

Right now across the Union there’s a quarrel shaping up that shall decide what’s to become of the so-called Syrian Refugees, which in reality are a mixture of human beings running from battle torn areas of the Levant.

Suddenly Syrian refugees have become the focal point of extreme fear. Similar to what happened in the 30’s and 40’s when Americans were deciding the fate of those desperately trying to escape Fascism, anti-Semitism, and the ravages of WW2. Let’s be honest, a good majority of the young men heading towards the west are doing so because they want no part of the wars raging in and around Syria and Iraq. They would rather stay in their own countries, living a regular life, but cannot.

Like it or not America’s character stands upon an ethical precipice once again. Will fear win the day? Is America going to round up those of Islamic faith within its borders and lock them away in internment camps? Will the American people conveniently sacrifice the US Constitution upon an altar of Islamophobia?

For the Jews, Americans harbored a dread of subversion. The perceived Jewish threat in the WW2 era was primarily economic in nature. The reason Americans feared Jewish refugees really had nothing to do with mass killings, suicide bombings, or the spread of an oppressive Jewish Caliphate.

But just look at the connections when it comes to terrorism. In his article, How America’s Response to Syrian and Jewish Refugees Is Eerily Similar, Peter A. Shulman, associate professor of history at Case Western Reserve University brought this parallel to light:

“Jewish refugees were also seen as presenting threats to physical security. State Department officials worried that Nazi saboteurs might disguise themselves among the refugee throngs. Or perhaps Nazis might extort refugees, under threat to family remaining in Germany, to spy for the Reich. Franklin Roosevelt himself exclaimed that ‘it is rather a horrible story but in some other countries that refugees out of Germany have gone to, especially Jewish refugees, they have found a number of definitely proven spies.’”

Back then it was Nazis, today it’s ISIS. People fear that among the refugees are Islamic terrorists who either want to commit heinous acts or spread Sharia Law across the land subversively. After what took place in Paris in November 2015, this fear is at least in part justified.

Paris was attacked by Islamic extremists after France opened her doors to refugees along with nations like Germany and Sweden. Videos of the sad-walking throngs of refugees through European fields went viral overnight. Then warnings rang out for months before the attack. ISIS themselves foretold their strike would come and that their members were hiding amidst the refugees.

Then, in early December America was shocked by the tragic events still unfolding in San Bernardino at the hands of an Islamic extremist couple. This was merely months after the U.S. State Department had chosen that very same area for a Syrian Refugee settlement.

This is the price of freedom. It’s a hard fact to swallow, but swallow it we must if we are to avoid a repeat of WW2 refugee nightmares that shame us today.

If the American people really wanted to hurt ISIS, they would open up the borders and let these refugees in. Freedom isn’t easy. It’s not always the prettiest choice in the bunch. Sometimes being a free and open nation means taking great risks.

Are these refugees really convert Muslims trying to invade and overthrow the west?

Could some of them be?

So Is Terrorism Winning?

Whether we’re talking 21st century manifestations of Domestic Terrorism or Terrorism in general, people are choosing to be terrified and less free.

Humanity is being lost yet again to societal panic, war fatigue, and fanaticism. Islam is being painted with an ill-brush of malice in nearly the same way the Nazis, Europeans, and Americans painted the Jews, the Polish, and those they deemed inferior or a “threat to the homeland” during the last great upheaval.

The world is now fashioning an “Islamic Problem” and pointing the finger at defenseless refugees as the cause. Refugees essentially created by the West.

What’s needed here are cooler heads to prevail. What’s needed is a wider perspective. That said, let’s take a look at the realities revolving around what being a refugee really means.

The Definition of a Refugee

Under Section 101(a)(42) of the Immigration and Nationality Act (INA) a refugee is:

“ Any person who is unable or unwilling to return to his or her home country because of a “well-founded fear of persecution” due to race, membership in a particular social group, political opinion, religion, or national origin.”

Have you seen the state of Syria lately? Have you been to Iraq? Folks can argue about the geopolitical blunders that led to this mess, but at the end of the day we’re talking about flesh and blood human beings who would rather be in their own nation but cannot.

To stay would likely mean being recruited into incredibly oppressive Islamic regimes they want no part of or being swept up and killed by the storm.

Because of how volatile the situation’s becoming at home and abroad, politicians on both sides of the isle are frantically attempting to pass bills that will impact U.S. refugee and immigration laws.

Is America being sealed up tight? Will a wall be erected around her? Will we begin to see all kinds of checkpoints on American streets? Are we going to see many new convoluted layers of bureaucracy muck up the immigration system so essentially no one can get in or out of America with any semblance of liberty?

Bills in the halls of Congress are flying off desks at a rapid pace. Lawsuits are being instigated by states like Texas all the way to the Supreme Court to block refugees. It’s gotten to the point where Islamophobia and refugees are being connected to budget talks!

Republicans are currently fighting to block Syrian and Iraqi refugees from entering the country, while the Obama Administration is talking about adding biometric scanning, fingerprinting, photographs and all manner of extra vetting which is going to find its way into everyday American life.

The question still remains…How can one be both an American and “anti-refugee” simultaneously?

The civil war in Syria has displaced close to 10 million people, and that number doesn’t include those coming from Iraq. How can supposedly free people turn their backs just as they did to the Jews, and many others in similar situations throughout human history?

The conflicts surrounding Syria, the American refugee debate, and the massive movement of people from the Middle East as a result of war and economic devastation are ongoing. Real objective answers and solutions are hard to come by.

That said; should Syrian refugees be let into America?

In this office, we believe the answer is yes. There is without a doubt a humanitarian concern here just as there was in the 30’s and 40’s. However, some concerns need to be addressed:

We’re keeping a close eye on this debate and will continue to keep people as informed as possible. For any questions on this matter please contact the Law Offices of Azita M. Mojarad, P.C.

Asylum Seekers Win In Case over the One-Year Filing Deadline

Who Will Be Allowed to Enter the U.S. Under the Muslim Travel Ban?