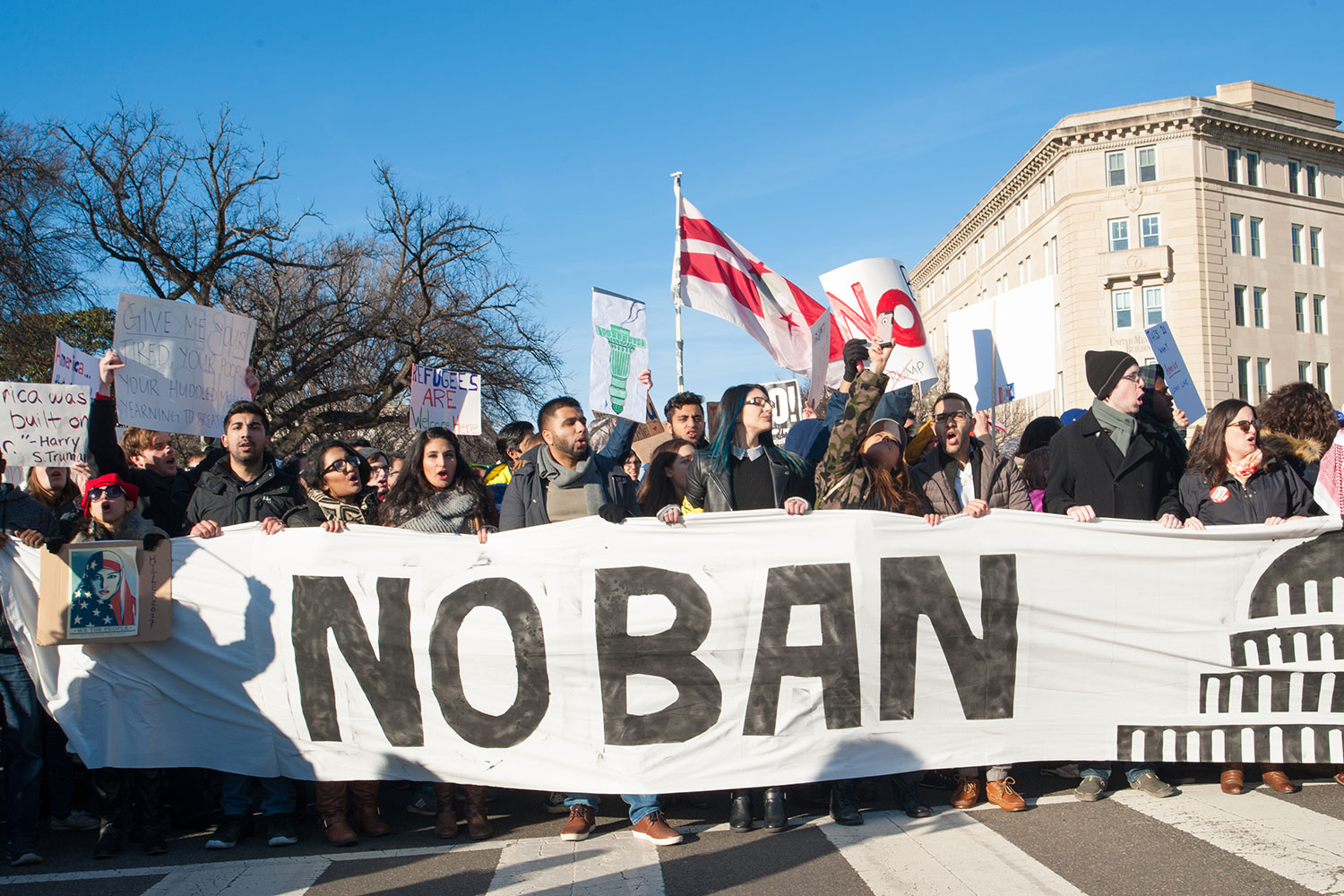 The EO-2 further allows for the following categories of nationals from the effected countries to be excluded from the travel ban:

The travel ban did not initially go into effect because two federal courts blocked the measure, resulting in appeals by the government to the Supreme Court. On June 26, 2017, the Supreme Court agreed to hear the appeal over the ban, but not until later this fall.

In the meantime, the Supreme Court granted the government’s request to reinstate part of the EO-2 by allowing the ban to be enforced against people from the six affected Muslim-majority countries who lack a “bona fide relationship with a person or entity in the United States”. The Court applied the same standard to the refugee provisions – thus refugees who have a bona fide relationship with a U.S. person or entity cannot be subject to the travel ban or the FY 2017 cap on refugee admissions.

The travel ban went into effect on June 29, 2017. Despite the ban, visa interviews will continue to be scheduled for both non-immigrant and immigrant visa applications. The Applicants’ eligibility to enter the U.S. under the guidelines is subsequently determined at the visa interview by the consular officers.

There is a lot of uncertainty as to how the governmental agencies and officials worldwide will interpret the new rules; particularly when it comes to determining what would constitute a “bona fide” relationship to a person or entity, and what evidence would be required to prove such a relationship. We will continue to monitor this complicated matter and share what we learn.

For further information on Trump’s temporary travel ban or any other immigration matter, please call our experienced immigration attorneys at the Law Offices of Azita M. Mojarad, P.C.

USCIS Temporarily Extending the Validity Period of Form I-693

What is Temporary Protected Status (TPS)?